Meet with our product experts in one-on-one virtual sessions

Set Up a Meeting 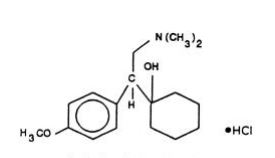 The mechanism of the antidepressant action of venlafaxine in humans is believed to be associated with its potentiation of neurotransmitter activity in the CNS. Preclinical studies have shown that venlafaxine and its active metabolite, O-desmethylvenlafaxine (ODV), are potent inhibitors of neuronal serotonin and norepinephrine reuptake and weak inhibitors of dopamine reuptake. Venlafaxine and ODV have no significant affinity for muscarinic, histaminergic, or α-1 adrenergic receptors in vitro. Pharmacologic activity at these receptors is hypothesized to be associated with the various anticholinergic, sedative, and cardiovascular effects seen with other psychotropic drugs. Venlafaxine and ODV do not possess monoamine oxidase (MAO) inhibitory activity.

Effexor (venlafaxine hydrochloride) is indicated for the treatment of major depressive disorder.,/p>

A major depressive episode implies a prominent and relatively persistent depressed or dysphoric mood that usually interferes with daily functioning (nearly every day for at least 2 weeks); it should include at least 4 of the following 8 symptoms: change in appetite, change in sleep, psychomotor agitation or retardation, loss of interest in usual activities or decrease in sexual drive, increased fatigue, feelings of guilt or worthlessness, slowed thinking or impaired concentration, and a suicide attempt or suicidal ideation.

The efficacy of Effexor XR in maintaining an antidepressant response for up to 26 weeks following 8 weeks of acute treatment was demonstrated in a placebo-controlled trial. The efficacy of Effexor in maintaining an antidepressant response in patients with recurrent depression who had responded and continued to be improved during an initial 26 weeks of treatment and were then followed for a period of up to 52 weeks was demonstrated in a second placebo-controlled trial. Nevertheless, the physician who elects to use Effexor/Effexor XR for extended periods should periodically re-evaluate the long-term usefulness of the drug for the individual patient.

Dr. Reddy's API business thrives on the deep technical strengths established over the last 30+ years in the development and manufacture of complex APIs such as steroids, peptides, complex long chain molecules and highly potent APIs (HPAPIs / oncology drugs). This expertise is complemented by our prowess in intellectual property and regulatory affairs which helps us consistently meet and exceed regulatory standards. Dr. Reddy's Venlafaxine Hydrochloride API is the outcome of the extensive expertise in R&D, IP, and Regulatory. 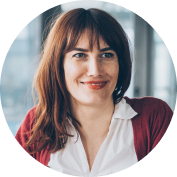 No information in this catalog - including any reference to any product or service - constitutes an offer for sale, or be construed as representing an offer for sale. Products protected under valid patents are not offered or supplied for commercial use. However, the research quantities of such products may be offered for the purpose of regulatory submissions, wherever such regulatory exemptions exist. The buyers should make their independent evaluation of the patent scenario for their respective markets and will be responsible for all patent related liabilities. Products protected under valid patents in India are not available for commercial use but would be available for Section 107A purposes.